My sculptural pieces are constructed inside forms or molds using many different layers or large pieces of glass, and require much longer fusing and annealing times than the thinner fused glass pictures. The glass hands were made using the lost wax technique. In other pieces the combination of many overlapping thin translucent and dichroic layers gives the cast glass a unusually deep, 3-dimensional quality. They also require many hours of cold working after the fusing processes. For the mixed media pieces with tiny “cells” mounted in walnut frames, I also made vitrigraph murrini.

My cast glass sculptures are heavier than my fused glass pictures, and are usually mounted on granite or metal bases, although they can be removed from these bases. For some projects, organic materials like broccoli, seeds and lotus pods are cast in plaster and burned out of the mold at about 1200 F. Then the molds are cooled, cleaned and filled with glass frits and fused at about 1500 F to create cast glass replicas of the original objects. Some of my cast glass sculptures have been inspired by scientific themes or natural patterns, while others are used to explore and express more personal ideas, as in the Shirley and generational hand series.

The “Controlled Flow” technique was used to create pieces that have different nuances of light and color. I love the way it can create an emotion of the moment. For example, “Calm” and “Blue Hole” remind me of the occasional peacefulness of the ocean and the surprise of a school of fish swimming by. The splashless and bubbleless lines of “The Perfect Dive” bring to mind watching the Olympics and being awed by the high divers who barely caused a ripple in the water. “Night light on the High Line” was inspired by one of my favorite places in New York City. It is reminiscent of the illumination from a few windows lighting up a building for the walking audience at the High Line Park.

The professional photos of my cast glass sculptures were taken by Jason Dowdle of Blue Sky Digital Photography.

Swimming with the Fish 1

Cant Blame it all on the Sun (sold)

Out of the Fire

Reaching into the past

I can still play 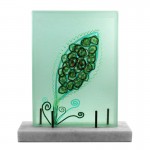 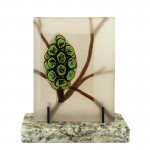 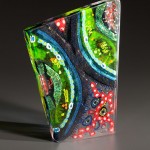 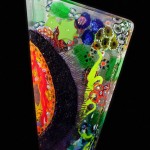 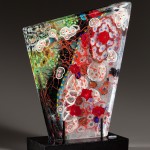 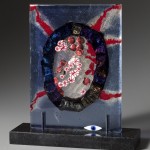 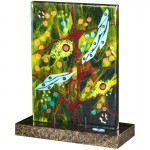 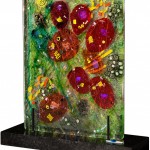 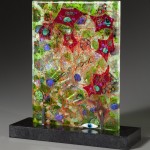 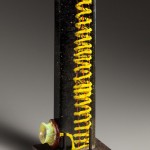 In One Ear and Out the Other 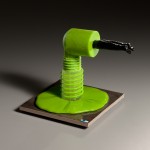 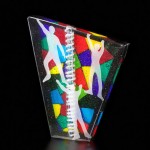 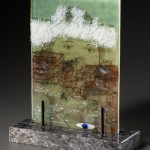 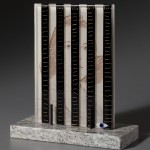 Imprisoned in My Mind [sold] 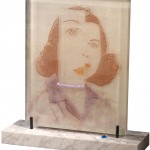 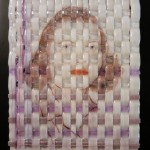 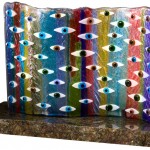 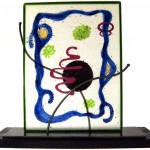 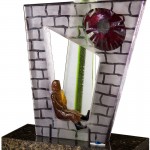 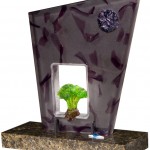 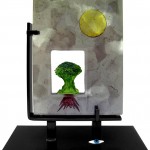 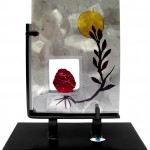 Source of the Nile

Swimming in the surf (sold)

Reaching Thru the Fog (sold) 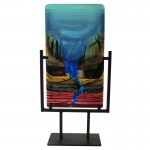 Night Light on the High Line