Climate Change and Trying to Hold Back Mother Nature 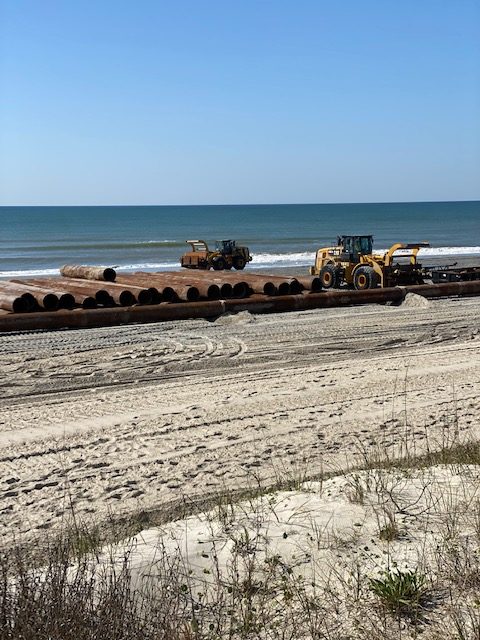 Last weekend we were at the NC coast along Emerald Isle and found beach renourishment in progress. I question whether these projects paid for with our tax dollars are really going to hold back the sea water rise caused by global warming or the beach loss after more numerous and stronger hurricanes. The natural beach shifts back and forth so much each year in this area that I think this effort would be comical if it weren’t so sad (and expensive).

Here are some of my artworks that make me think about issues we are facing with climate change and global warming. Also, here’s a link to an article by an interesting company “Sofar” that collects and provides data (wind speeds, waves, etc) from spots in oceans around the world for businesses like shipping and others: https://www.sofarocean.com/posts/how-does-climate-change-affect-the-ocean. 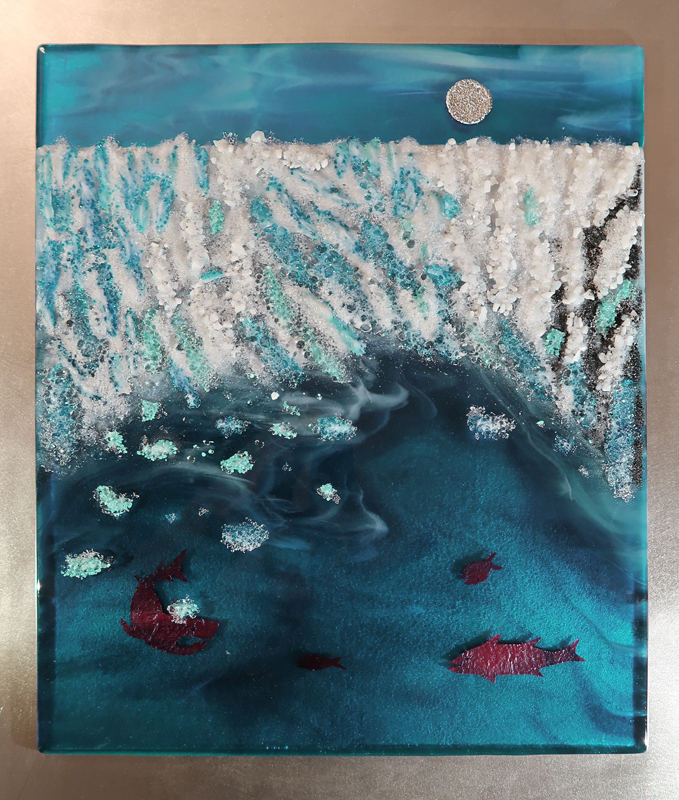 Beauty and the Beast and Glacial Melting represent global warming and glacial melting. Beauty is what we see, but the Beast is Climate Change. 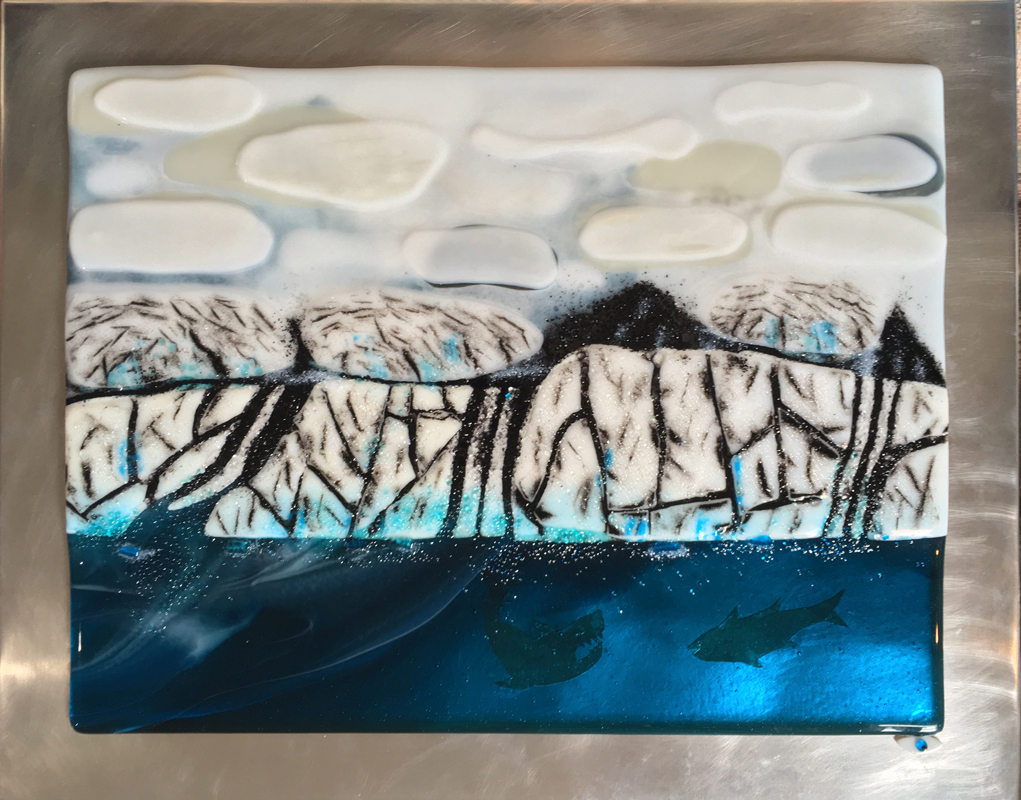 The Fukushima earthquake and tsunami occurred in 2011, and Pacific currents brought tsunami debris to the US northwest coast. In June of 2012, a 66 ft long concrete dock from Fukushima washed up on Agate Beach, Oregon. The dock harbored about 100 Japanese marine species, and scientific study of floating debris from the tsunami commenced. A study published in Nov, 2017 described some of the impacts of the tsunami on the environment of the US pacific coast. 280 Japanese species, mostly invertebrates, 2/3 of which were new to the US, were found on floating debris at the US coast.
A major factor in this tsunami dispersal is the replacement of wood in coastal development with non degradable synthetics. Now plastic junk can take invasive species on a 5000 mile journey without sinking.
Part of the concrete dock is now on display in front of the NOAA building in Newport, Oregon. I took photos of it and created the art piece seen here as a marker of what is happening to our ocean environment. 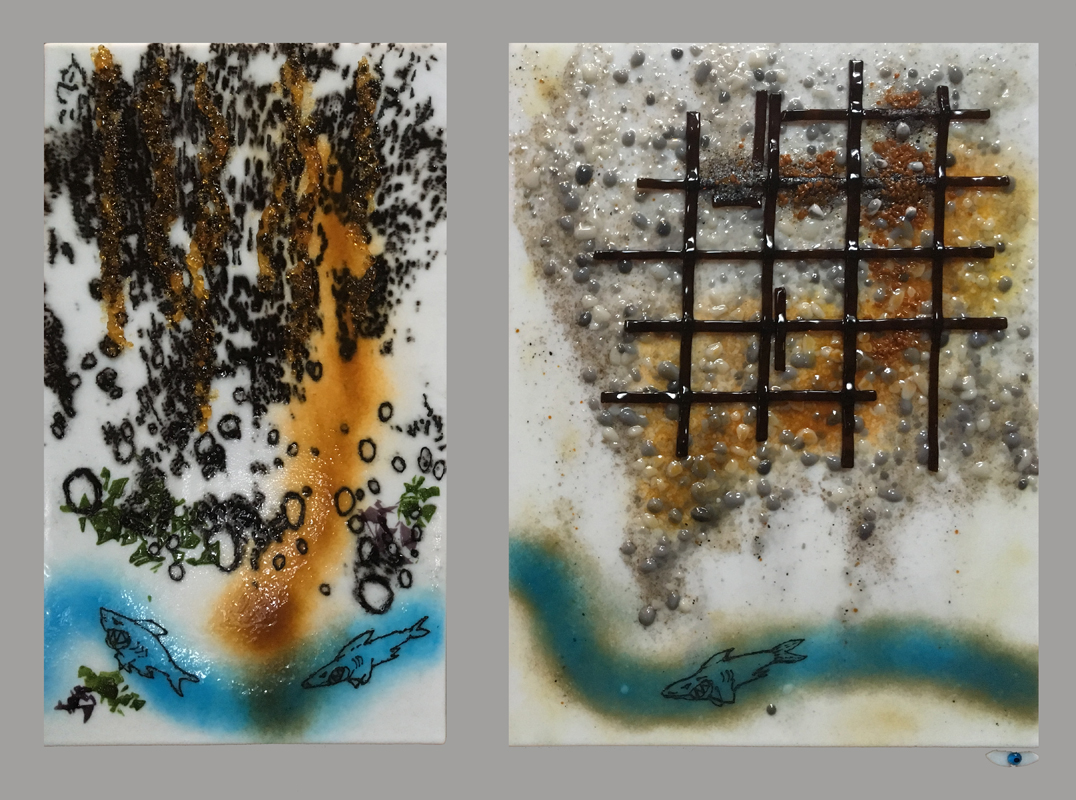 The Gulf Stream is the most important current in the north Atlantic. The warm salty current rushes north along the US east coast, crosses toward Scandinavia and northern Europe, and dives down as it cools in the north to a southerly direction along Europe toward Africa, where it emerges and completes the circle back toward the Gulf of Mexico. It is a major warming influence for Scandinavia, the British Isles and all around the north Atlantic. Because of Global warming, the major ice fields of Greenland and the Arctic are melting and mixing that fresh water with the Gulf Stream causing it to slow down. This is thought to potentially cause major shifts in climate in the region. “The Current Situation” is my artwork that reminds us of this issue. It will be very difficult to address without major shifts in international policies regarding climate change. 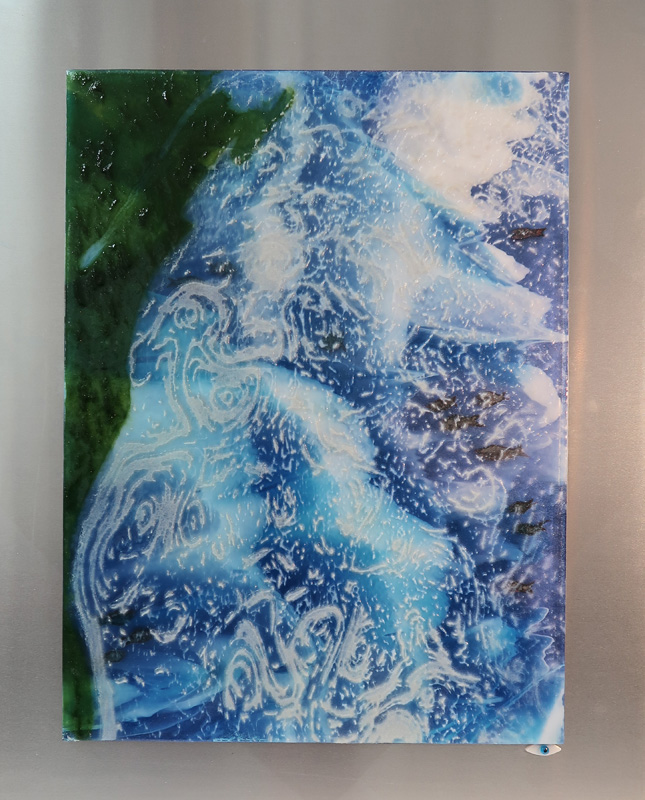 Low Tide at dusk is my ideal beach. Beautiful calm clean water and a nice sunset. How much longer will we see beaches like this? 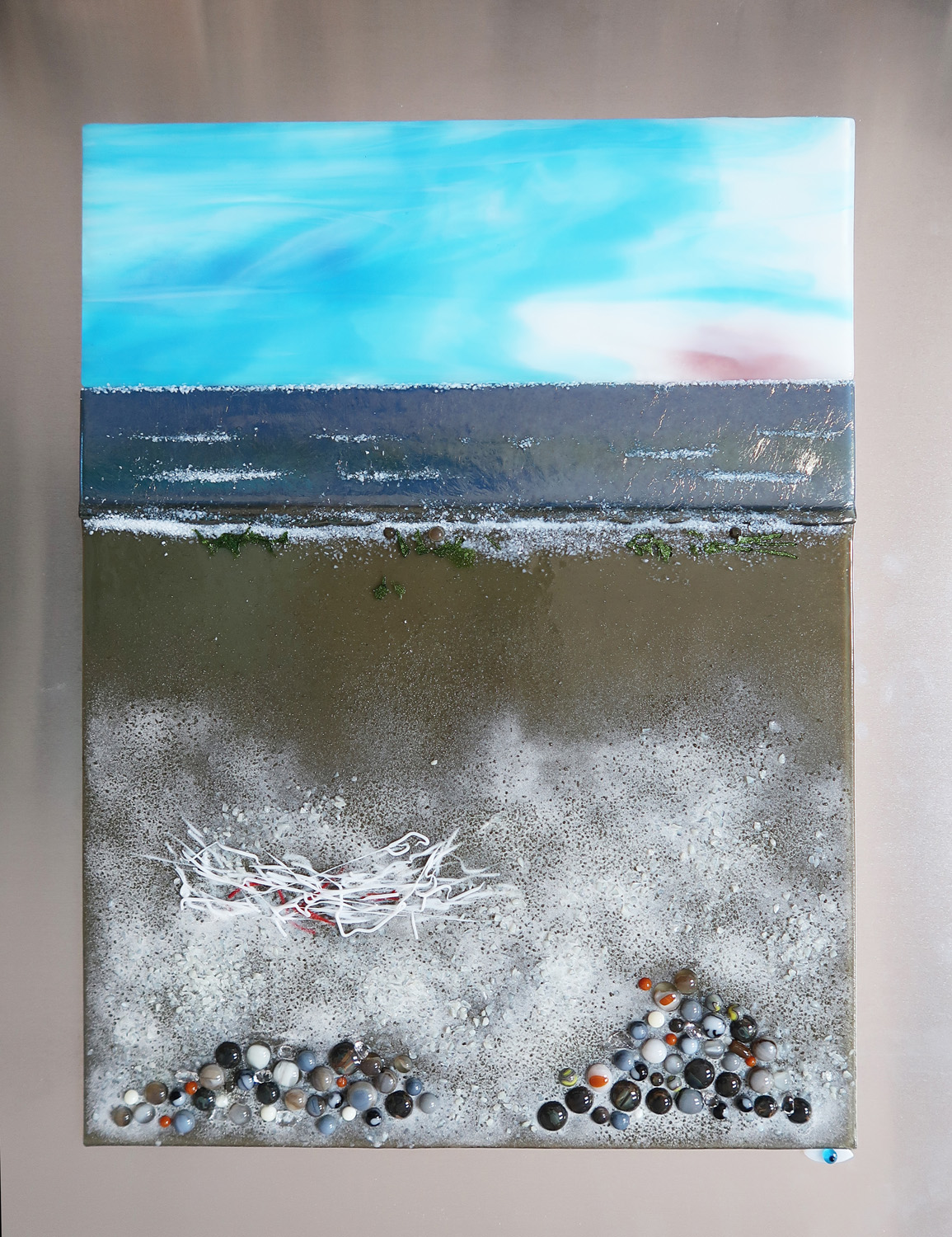 As the days are getting longer and more people are getting vaccinated, I am hopeful for the opening up of our lives and livelihoods.
Here is one of my new artworks called the Bird Watcher. After seeing very few birds in my back yard over the winter, I decided to wash out the bird feeders and set them up with new food. After about 2 weeks they are finally finding the food and visiting my area again. 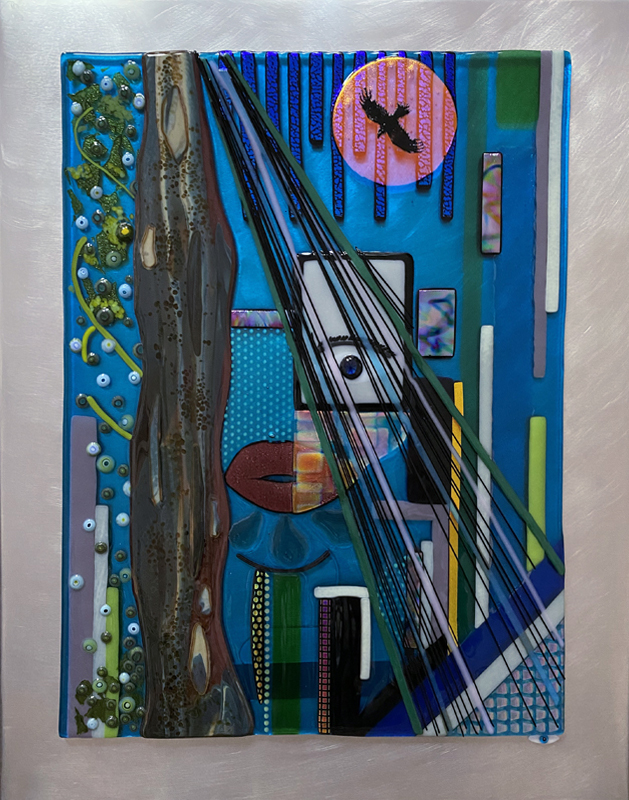 We’re almost there. I used up some small pieces and scrap to make this piece. I’m optimistic for a much better 2021 than this year has been. 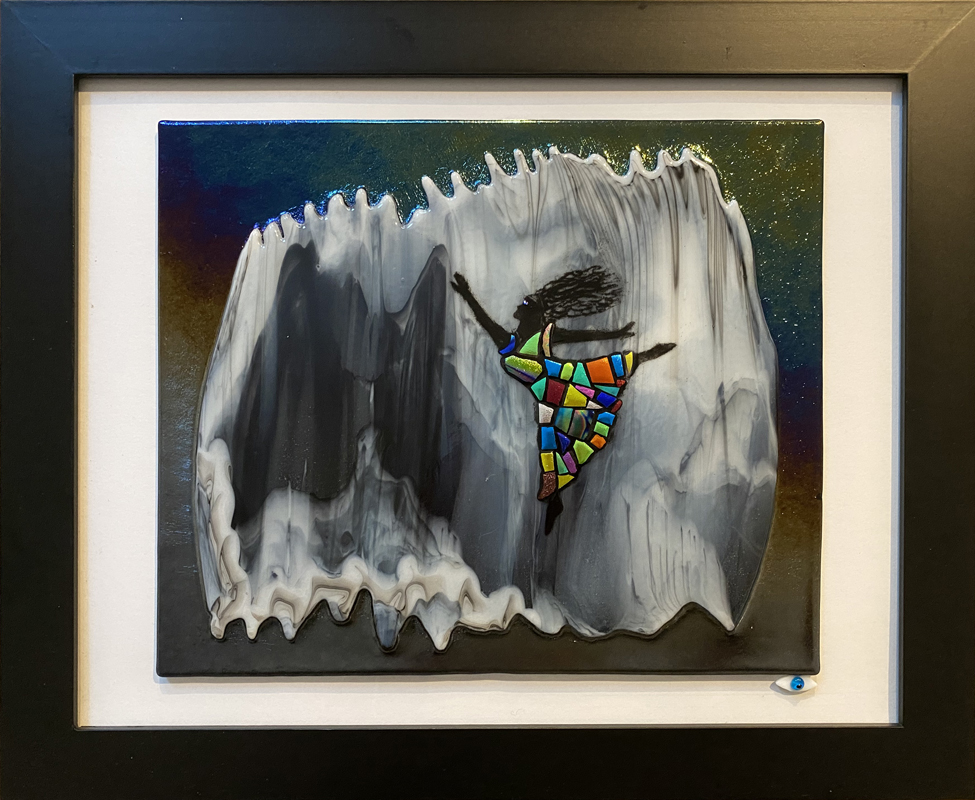 This seems like a good time to experiment. A few years ago I took a workshop where we started with a simple idea and built on it to make a series of related piece from simple to more complex. I decided to try this again and came up with this final product. While it is titled “Indecision”, I think of it more as a transition from one piece to the next.

Every time I look through the Bullseye Graffiti or Glasscadia glass, I see creatures trying to emerge.
Here’s another new piece that was brought to life in the past month. 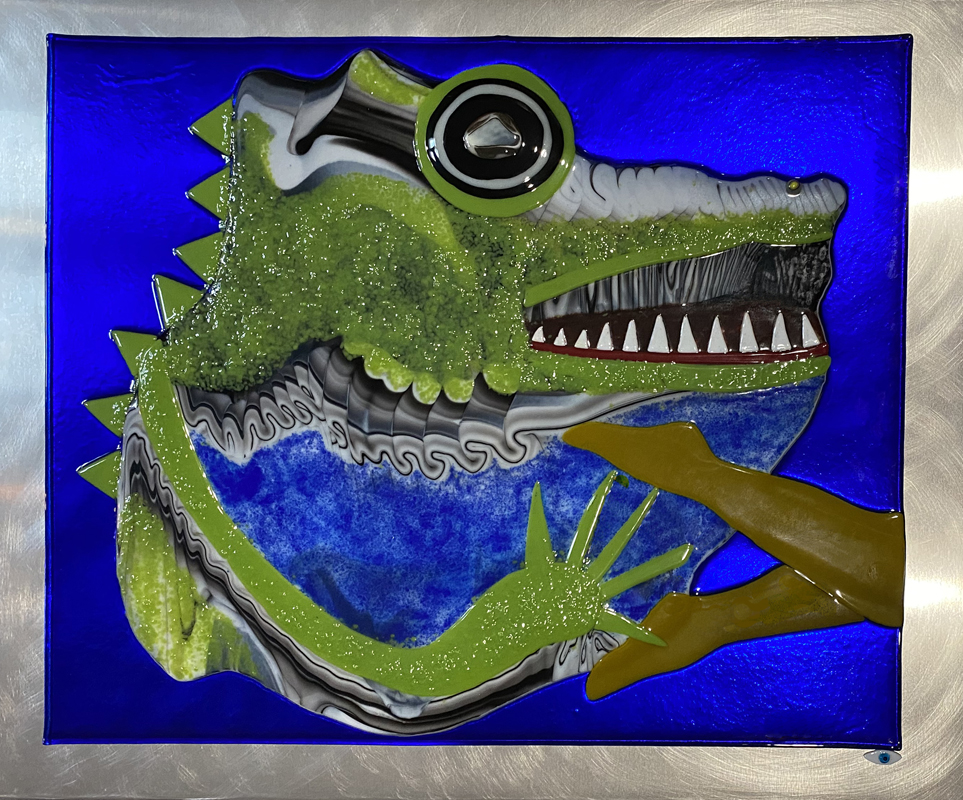 Some times when I’m looking through the Bullseye graffiti and glasscadia glass at Carolina Stained Glass, I see a vision of a creature that wants to emerge from the pattern in the glass. To see what I mean, check out my Glasscadia art in the Menu. Bullseye Glass is now holding a contest with their graffiti glass to make something interesting. To advertise the contest, they used my piece called, “Mutant Boar”. Here is another piece I just finished with a small piece of the graffiti glass I had. It’s “A Whale of a Whale.” 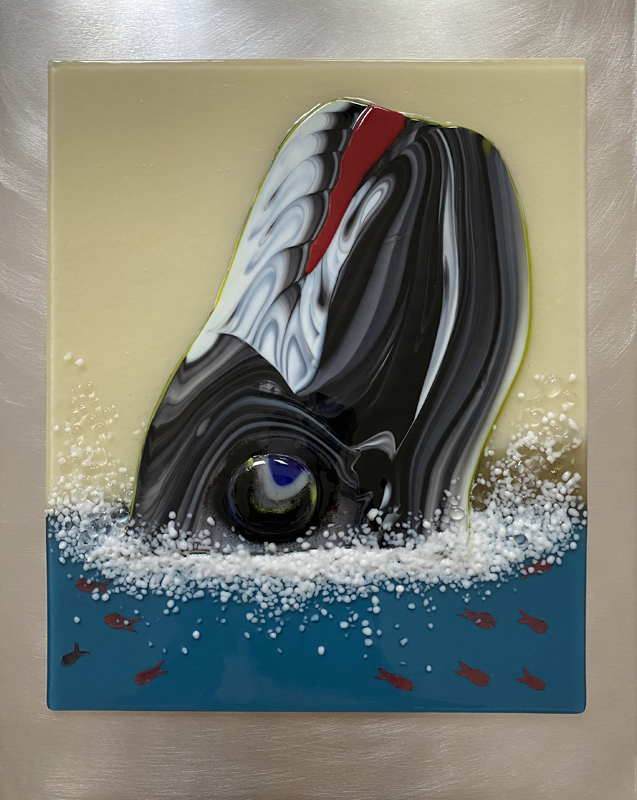 A Whale of a whale

Time flies when you’re having fun or getting old

I miss not seeing friends in person, traveling, or even working in our local member gallery. In the mean time, I have been having fun creating glass art. Here’s one piece I recently finished. We are rehanging our gallery in Durham this week, and we will have a virtual show at www.5pointsgallery.com and in gallery tours by appointment. 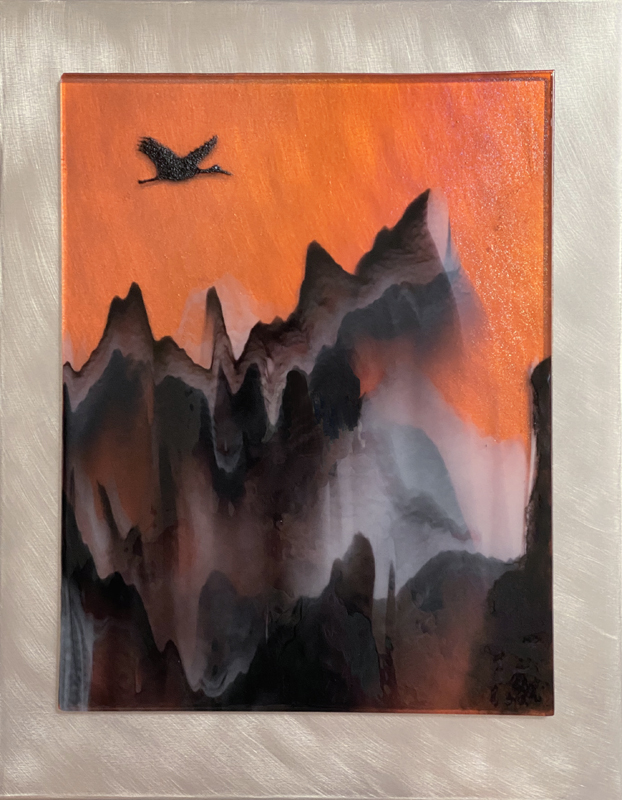 Sending Love in the Time of Corona

I love working in my garage studio, but it’s getting depressing not being with friends.
The internet will only go so far. Here is my latest artwork about the virus. I used a lot of left over vitrigraph murrini I made at various times. 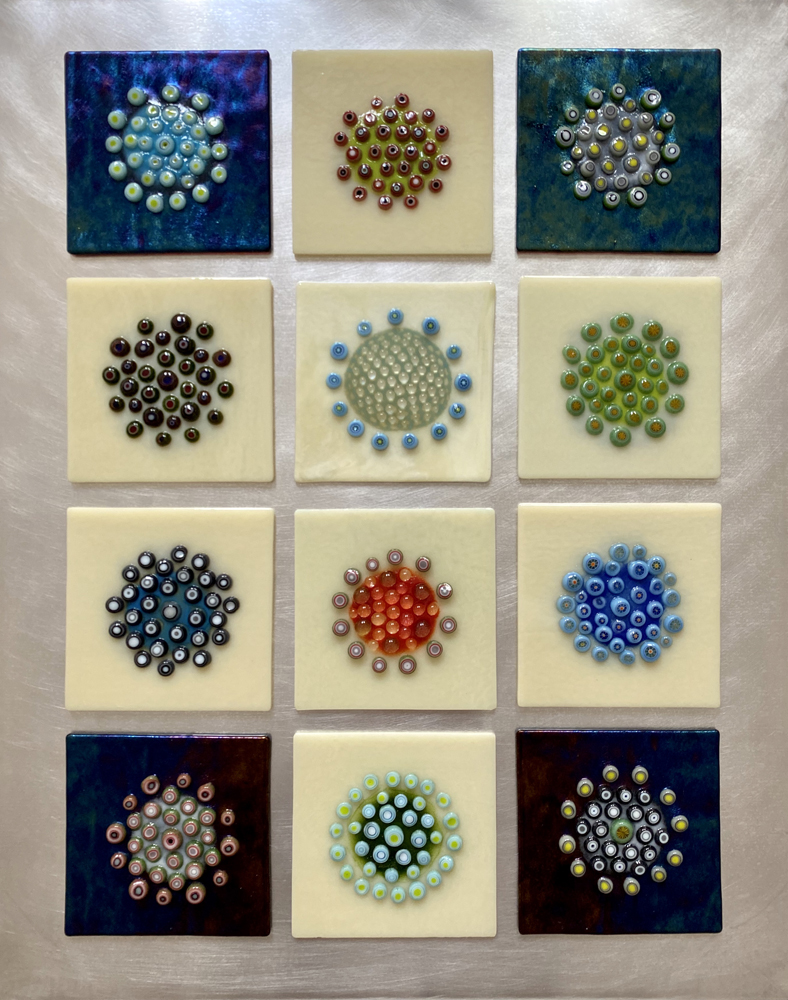 Art work during Time of Covid

I spent a lot of time (maybe too much!) looking at all those Bullseye Glasscadia pieces of glass I purchased. This is what has emerged. 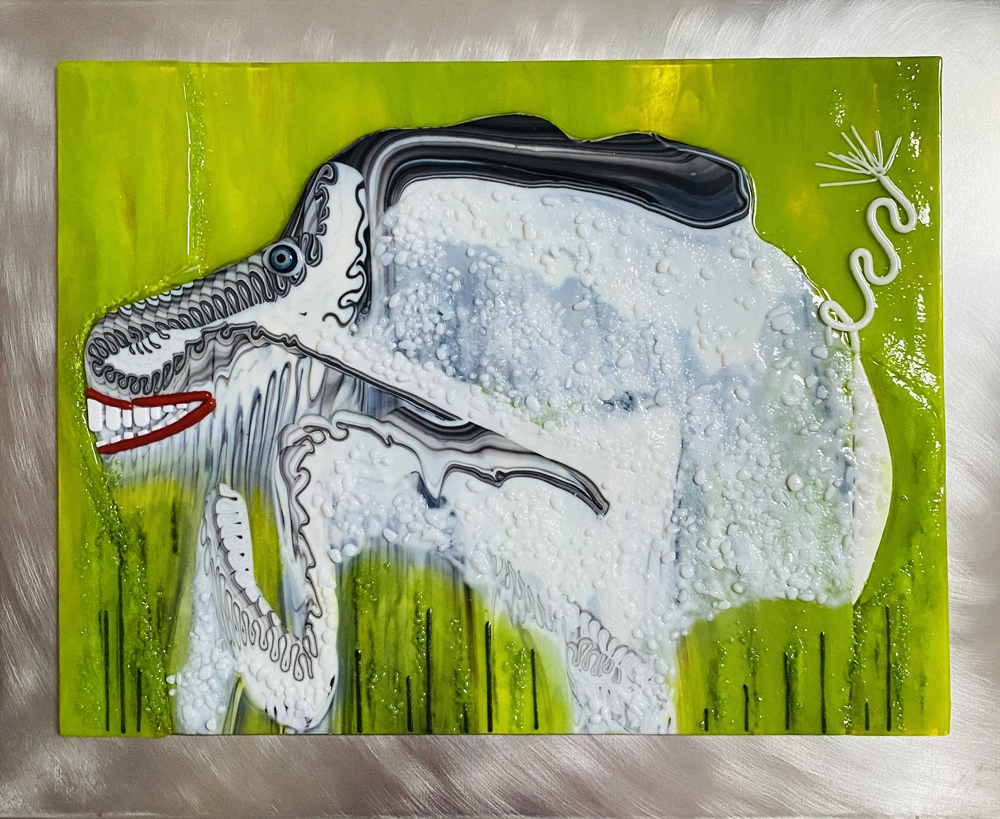 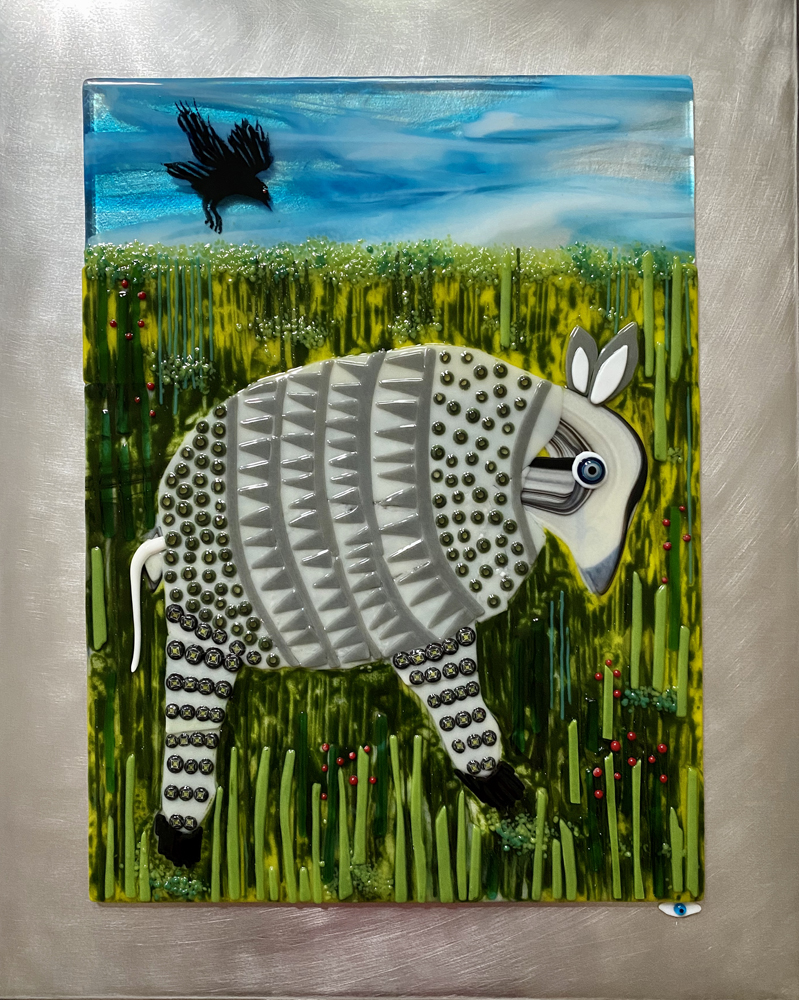 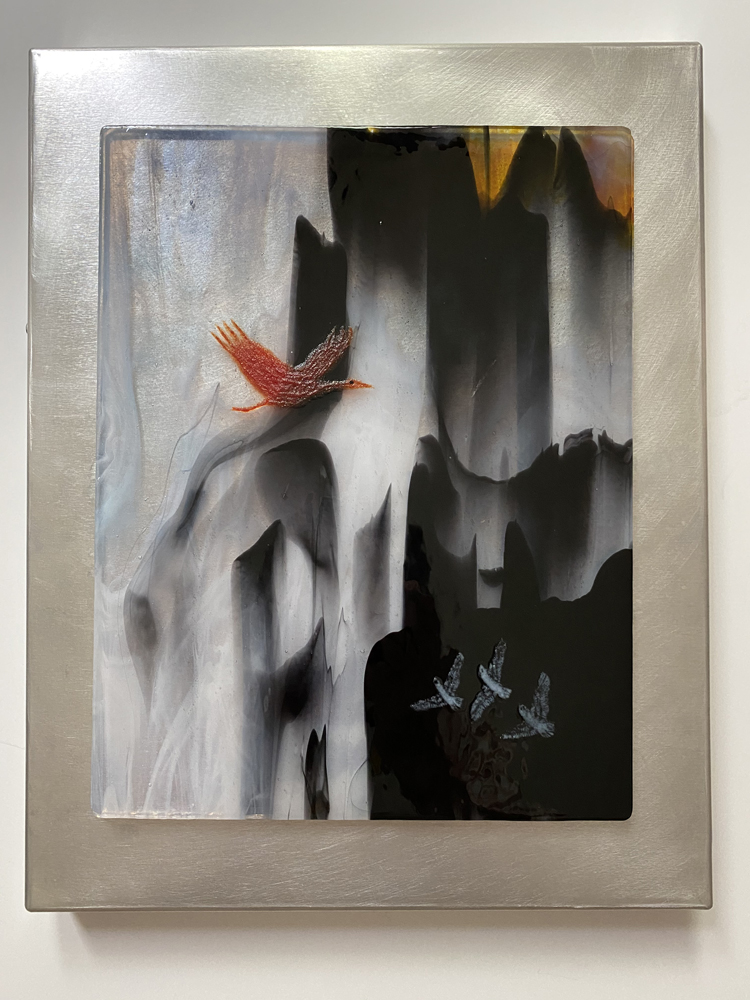 Here is another art work from my trip to Thailand. One early morning the concierge at our hotel gave me a map of the art works (mostly graffiti) within a few blocks of the hotel. So, I walked around, and my favorite area was carved graffiti on a long concrete wall that curved along a street near the hotel. 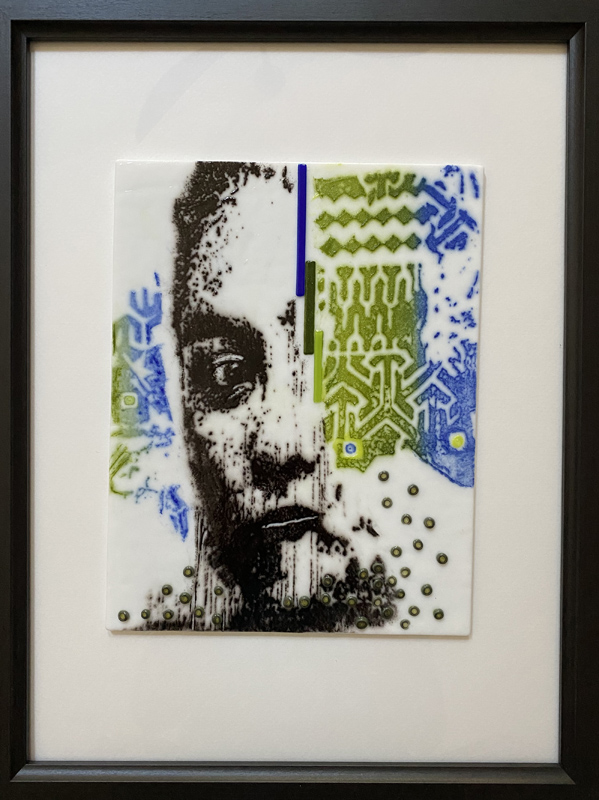